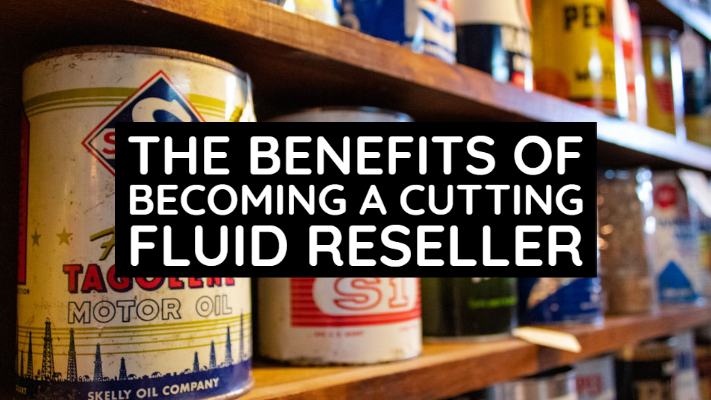 Entrepreneurship has an undeniable appeal, felt by millions of people across the globe -- in fact, there are about 300 million entrepreneurs worldwide right now. But while some people sell their own creative works, and others pursue the invention of some product or service that has never been seen before, others go into business fulfilling practical needs. Often, this can be done through the wholesale acquisition and resale of products that other business owners cannot do without. Wholesale industrial supplies are in hot demand among many entrepreneurs, for this reason, they are becoming a reseller of cutting fluids, for example, it can lead to quite a profit. Being a reseller might not initially seem to be profitable in theory. However, there is more to the cutting fluids market than you might think.

When we discuss cutting fluids, we're referring specifically to lubricants and coolants. They are meant to be used in the metalworking process, including stamping and machining. The thing that calls entrepreneurs to cutting fluids specifically is that there are actually many different types to choose from. They include oils, oil-water emulsions, pastes, gels, mists, and even air, among other gases. The fact is that there is still a gap in the market for distributors of cutting fluids, which is why we're looking into how one can acquire wholesale oils and metalworking fluids, and turn that practice into a business.

Why Is There A Demand For Resellers?

For some, the idea of making a business out of buying and selling products doesn't quite make sense. How can you make money when you're essentially spending money to begin with? The fact is that the initial creators or owners of a product do not always have the time or inclination to sell their products, or at least sell all of it. Therefore, it is more financially feasible for them to sell the products, especially the excess, if it exists wholesale. Resellers acquire the products wholesale, then repackage and resell them to the direct consumers. The resellers take on the process of marketing and distributing, which is something that the original sellers likely don't care for, and they are able to charge a higher price. Essentially, you're selling not only the product, but the easy access to the product. Reselling allows you to be an entrepreneur on your own terms, without having to create a product yourself.

Is There A Resale Market For Cutting Fluids?

Cutting fluids, an industrial supplies in general, are ripe to be bought and resold. Depending on the type of fluid being used, it's quite common for the product to be "mined" by one source, and then distributed by a reseller. It's basically the original seller's task to acquire the product, and the reseller's task to distribute it to consumers. Cutting fluids are entirely necessary for metalworking. They're not a want, so much as they're a need for practically anyone working in the industrial space. For that matter, it can be difficult for consumers to reach wholesalers directly.

Why Should I Become A Reseller?

There are so many advantages to being a reseller especially if you want to break into entrepreneurship, it's a relatively low-risk way of starting a small business. There is a low financial risk; even if you ultimately decide against going into business, you'll most likely be able to offload your excess product in one way or another. You have the ability to set your own margins and control the amount of money you're making. Furthermore, there are few limitations; you don't have to make a major time commitment, and you can expand into other areas if you'd like down the road.

Ultimately, entering the reseller space does take some degree of investment. However, when providing something like cutting fluids to the market, you'll likely find that you can make more of a profit than you would imagine. It's really a matter of taking the initiative to expand your opportunities as an entrepreneur.